SDW is excited to welcome Eric Dayton & Gary Eichten to our speaker series, The Invested, on Thursday, June 27thth at 9:00 a.m. at our location at 50 South Sixth Street in downtown Minneapolis. 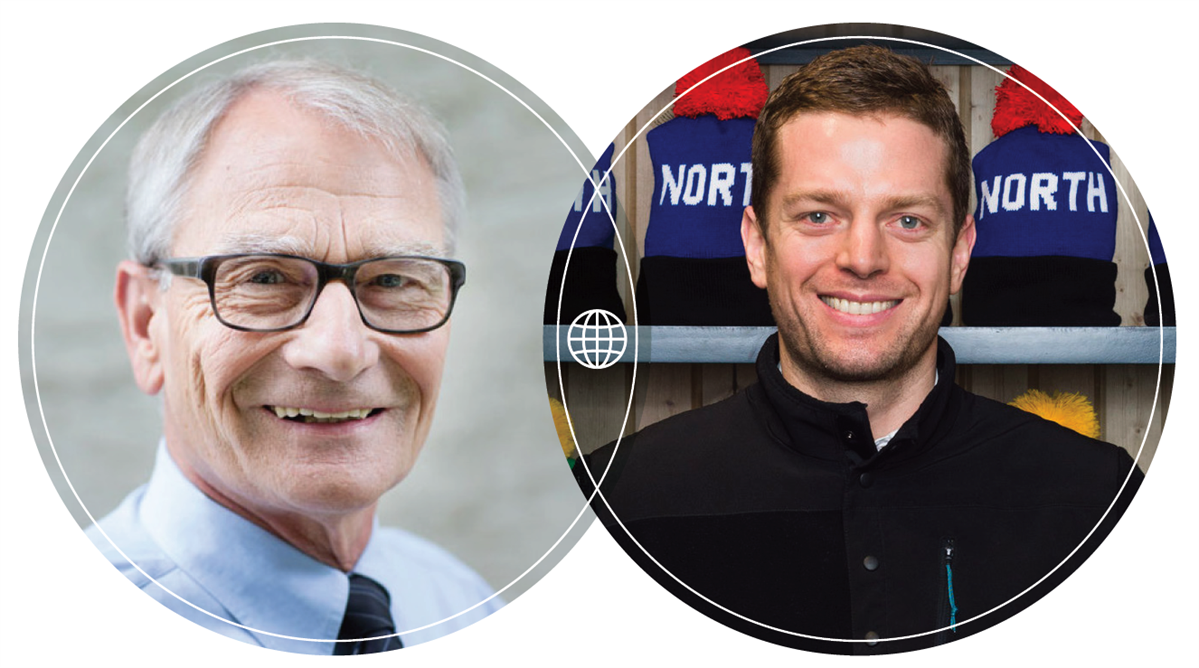 Gary will be interviewing Eric about the ways in which he’s invested in our community over the years and how he continues his family’s long history of giving back to Minnesota.

Eric is a globally-minded local entrepreneur who puts his money where his mouth is. He is Co-Founder/Principal of The Bachelor Farmer, Marvel Bar and Askov Finlayson, all located and headquartered in the North Loop of Minneapolis (only a few convenient blocks away from our offices.) His civic involvement centers around the arts and environmental causes. As co-founder of Askov Finlayson, Eric has committed the company to “Give 110%” when it comes to climate change. That is, for every dollar of climate cost his company generates from its operations, they will give $1.10 to causes that combat climate change. This initiative is part of his broader goal to “Keep the North Cold”.

Our chief interviewer-for-the-day will be Gary Eichten, MPR News Editor-at-Large and retired program host. Gary held several positions during his 40-plus-year career at Minnesota Public Radio, including news director, special events producer and station manager. He served as anchor for Minnesota Public Radio's live, special events news coverage and anchored all of the major news programs on Minnesota Public Radio, including Midday, which he hosted for more than 20 years. A graduate of St. John's University in Collegeville, Minnesota, Eichten began his career in 1967 in Collegeville as one of Minnesota Public Radio’s earliest employees.  Among the honors Eichten has received is the Corporation for Public Broadcasting award for best local news program. In 2007, he was inducted into the Minnesota Broadcasters Hall of Fame.  Eichten was also awarded the prestigious 2011 Graven Award by the Premack Public Affairs Journalism Awards Board for his contribution to excellence in the journalism profession.