The aftermath of Hurricanes Harvey, Irma, and Maria are expected to have uncertain affects on government data and continued ambiguity on economic activity. The hurricanes will distort economic reports quite possibly for months, as labor and material costs weigh on employment and inflation numbers, clouding actual economic results.

Despite major disruptions caused by the storms, equity markets managed to post gains in September as the prospect of rebuilding efforts fueled growth estimates across various industry sectors.

Tax reform proposals spurred discussion and anticipation about their impact on the economy and the markets. Among the plan’s primary particulars are: reduce the number of tax brackets from seven to three, double the standard deduction amount, eliminate state and local tax deductions, tax “pass through businesses” at a 25% rate, eliminate the estate tax and the alternative minimum tax (AMT).

From the perspective of the equity markets, the tax proposals include a generous cut in the corporate rate from 35% to 20%. The corporate tax proposals also include a penalty for companies taking advantage of foreign tax havens, where U.S. companies earning profits overseas will have to pay a minimum 10% tax on foreign income even if it isn’t brought home.

Since the tax plan is still only based on proposals, not an actual bill, market reaction to the proposals may change as to what actual details may pass and are eventually enacted. Economists believe that the Federal Reserve will continue to find it difficult to normalize monetary policy until an appropriate fiscal policy is in place.

The most recent median household income data revealed a 3.2% rise over the past year, net of inflation, according to the U.S. Census Bureau. The larger than expected increase helped stoke support for a Fed rate hike later in the year. Overall indicators of inflation are mixed, with rent and gasoline accounting for the primary rise in inflation while grocery costs and service related fees fell.

Puerto Rico, which earlier this year filed the largest bankruptcy in U.S. municipal history, is struggling to regain economic stability in the face of a $72 billion debt load and near insolvent public health and pension systems. Eleven days after the devastating storm wiped out power, water and communications systems, about half of the 3.4 million people on the island did not have access to drinking water, and 95 percent remained without power, according to the U.S. Defense Department.

Treasury yields rose in September as the Fed indicated it would soon begin the task of reducing its holdings of government bonds. Additional influences on the bond market include tax proposals by the White House deemed to stoke inflationary pressures as well as better than expected growth data.

The fallout of the hurricanes on the credit markets seems inevitable. As insurance companies begin the process of paying out claims to those insured, they may need to liquidate holdings of corporate and government debt to meet payouts. In addition, the dire financial situation in Puerto Rico has left the municipal markets questioning how the country’s distressed debt may affect mainland municipals.

Comments from the Federal Reserve in response to any possible interference caused by the hurricanes suggested that the storms were unlikely to prevent the Fed from its rising rate trajectory or from reducing its $4.5 trillion balance sheet.

All but one of the 11 industry sectors comprising the S&P 500 ended the quarter higher. Banks, industrial, and energy sector companies all saw gains for the quarter.

What To Do After A Major Credit Data Breach – Consumer Awareness

1. Be Proactive: Request A Copy Of Your Credit Report Now

2. Consider Freezing Your Credit: Only If You’re Not Applying For Credit Soon

3. Subscribe To A Credit Monitoring Service: Most Are Monthly Subscriptions

There are three major credit reporting companies in the United States: Equifax, Transunion, and Experian. Even though the three are distinct entities, they all perform very similar functions.

This past week, Equifax reported that as many as 143 million Americans may have had their personal credit information compromised. Information hacked and stolen included Social Security numbers, birthdates, names, addresses, and driver’s license numbers.

A data breach of this magnitude has never occurred, infuriating the public as well as congressional leaders. So far, the FBI, Federal Trade Commission, House Financial Services Committee, Consumer Financial Protection Bureau, and various Congressional leaders have already started investigations into the breach.

Beginning in 2018, Medicare will start to replace Social Security numbers appearing on Medicare cards with another identifier. This has been a huge issue with unnecessary risks for retired seniors.

It is recommended that retires also refrain from giving out Social Security numbers to medical providers, most of which use the number as an identifier.

Medical fraud can sometimes be noticed on the Explanation of Benefits from health insurance companies. So any unfamiliar activity or procedures should be followed up with a call to the insurance company and provider.

What The FTC Is Suggesting On The Equifax Breach – Financial Planning

As additional government agencies have become involved in the Equifax breach, there have been a growing number of suggested actions for consumers to take in order to better protect themselves. The Federal Trade Commission (FTC) released various action items and links on their website consumer.ftc.gov to help consumers assess their vulnerability.

The FTC acknowledges that there were 143 million consumers affected, with the breach occurring between mid-May and July end. Social Security numbers, birthdates, addresses, and some driver’s license numbers were stolen.

Equifax is offering a free credit monitoring service available at www.equifaxsecurity2017.com. However, this service only applies to credit reports and data maintained by Equifax. Remember that there are two other major credit reporting companies that have consumer data, Experian and TransUnion. The FTC does suggest that consumers check all three credit reports for free via www.annualcreditreport.com. Keep in mind that this free service generates reports that do not include credit scores.

Placing a freeze on your credit files is a consideration, which makes it more difficult for someone to open a new account in your name. It may also elongate the application process should you be running credit yourself for a legitimate reason. If you decide against a credit freeze, consider placing a fraud alert on your credit files. A fraud alert warns creditors that you may be a victim of identity theft and that they should closely verify anyone seeking credit in your name. The FTC also suggests to monitor your existing credit card and bank accounts closely for charges that are not recognizable.

As we approach year end and a new tax filing season, the FTC is suggesting to file tax returns early. Filing a tax return earlier might avert a tax scammer from using your social security number to get a tax refund based on your information.

Source: Federal Trade Commission; consumer.ftc.gov; The Equifax Breach: What To Do

Should legislation pass that would ensue tax reform and essentially lower existing tax rates, it would be small businesses that would primarily benefit.

The cornerstone of the U.S. economy consists of small businesses with 500 or fewer employees. There are currently 29.6 million small businesses throughout the country representing nearly every single business at 99.9% of all businesses. These small businesses employ 58 million Americans comprising over 47% of the workforce, according to the National Federation of Independent Business.

The burden of navigating the complex and nebulous tax laws falls primarily on small business owners. Large corporations have armies of accountants, consultants and tax attorneys that help mitigate the burden and often find ways to reduce tax liabilities with extremely complicated tactics. These same resources are not readily available to small business owners.

The IRS estimates that small business owners spend almost 2,000,000,000 hours per year and $18 billion annually to figure out their taxes.

A forgotten event neglected by the media and the international community was a devastating famine in North Korea that lasted from 1994 to 1998. The famine became known as the “Arduous March”, which killed an estimated 240,000 to 3,500,000 resulting from starvation and hunger related illnesses. Of the 24 million people at the time, 5 million were malnourished, including 800,000 children, with 80,000 on the brink of starvation.

In response to the devastation, food assistance was provided by the United States, Japan, South Korea, and China, as well as several European countries. The aid continued through 2002 when the North Korean government requested that the deliveries of food supplies cease.

Aftermath Of The Hurricanes – Economic Dynamic

Hurricane Maria exacerbated financial and infrastructure issues in Puerto Rico. A frail power grid and debilitated infrastructure has left the island nation in disarray. Congress will determine if Puerto Rico, a territory of the U.S., will receive the same assistance as Texas and Florida received, following Harvey and Irma.

In the wake of Hurricane Irma, preliminary damage estimates across the state of Florida may exceed $45 billion based on various economists reviewing the storm’s impact. Irma has already prompted new state mandates for all nursing homes to quickly install power generators, which was a deadly issue during the hurricane.

Much of the damage in both Texas and Florida was not due to direct hurricane damage, but from flooding. This complicates the issue since flooding is not covered by most homeowners insurance policies, thus leaving the financial burden to homeowners.

Federal Reserve member William Dudley said that the devastation caused by Hurricanes Harvey and Irma could boost U.S. economic growth in 2018 as rebuilding of infrastructure efforts get underway. The Fed also mentioned that the storms were unlikely to prevent the Fed from its rising rate trajectory or from reducing its $4.5 trillion balance sheet.

As a result, wholesale prices for the fruit have soared 75% since the middle of July, according to data from the Hass Avocado Board and the U.S. Department of Agriculture. In addition to a poor harvest, a growing demand for the fruit has also added upward pressure on the price. There are seven varieties of avocados grown commercially in California, with the Hass variety as the most popular, accounting for roughly 95 percent of all avocados grown.

Avocados imported from Mexico have also been limited due to a poor harvest season as well. NAFTA currently allows the importation of fruits from Mexico with no tariffs, while imports from Columbia, another ample supplier, are also imported into the United States but under a separate trade arrangement.

U.S. consumption of avocados has quadrupled since 2000, with demand increasing not just in the U.S., but in Europe and Asia as well. Publicity about the fruit’s health related benefits have helped drive the demand from health conscience consumers. 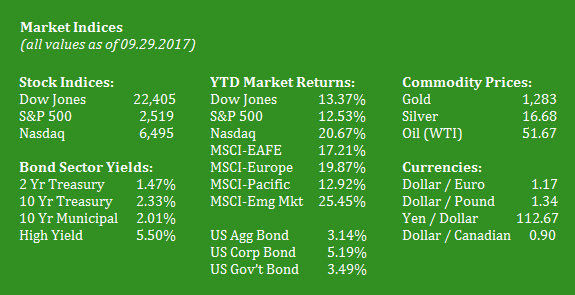