A tightening of presidential polls added to market ambivalence as uncertainty regarding what fiscal and regulatory policy changes might affect the economy and markets. The outcome of the U.S. elections is considered by many to be a primary determinant of how the rest of the year could evolve.

Fiscal policy has now become a central concern as monetary policy, which is dictated by the Federal Reserve, has become less effective and predictable. A reduction in federal income tax rates could lead to higher deficit spending, yet may contribute to a rise in GDP and consumer spending.

During its September meeting, the Fed decided to leave rates unchanged but strongly implied that an increase was on the horizon. The Bank of Japan kept its key rate unchanged at negative .10% with a target for its 10-year government yield at zero, a stark contrast to U.S. government bond yields.

Lagging retail sales and stagnant industrial production reports possibly encouraged the Fed to hold off on a rate rise during its September meeting. The Fed has two more meetings before the end of the year, one the week before the presidential election and another in December. Several market analysts believe that the Fed won’t raise rates in November, but will in December as it did in 2015.

The Atlanta Federal Reserve said its forecast of third-quarter real consumer spending growth fell from 3.0 percent to 2.7 percent, influenced by stagnant personal income and spending data for August. U.S. consumer spending fell in August for the first time in seven months while inflation showed signs of accelerating, mixed signals that could keep the Federal Reserve cautious about raising interest rates. The Fed is in danger of losing credibility as it continues to hesitate and postpone another rate increase.

The U.S. Senate voted to allow the families of victims from the 9/11 attacks to sue Saudi Arabia for damages and restitution. The same day that the Senate voted, OPEC, which is controlled by Saudi Arabia, decided on an oil production freeze with other member OPEC nations. The coincidence of the two happening simultaneously may be a validation that Saudi Arabia may need to quickly address the country’s rapidly deteriorating financial situation. OPEC agreed to cut oil production among its 14 member countries by 750,000 barrels a day, the first cut since 2008. The cut won’t take effect until November, yet still managed to lift oil prices and energy markets on the announcement.

Anxiety over European banks has risen since the British voted to exit the EU. At first only smaller peripheral banks in Italy, Spain and Greece were of concern, but now larger banks in Germany have become focal points. Pressures are mounting for European banks as the low rate environment set by the ECB is starting to take its toll on bank earnings. An assemblance of dynamics has propelled Germany's largest bank into a precarious position. A data sensitive environment has evolved into a wait and see scenario as the Fed’s uncertainty regarding interest rates continues to cause volatility in the equity markets.

The third quarter was positive for equities as the technology and financial services sector provided gains for the major indices. For the quarter, the Dow Jones Industrial Average was up 2.78% and the S&P 500 Index added 3.85%, both on a total return basis. The technology heavy Nasdaq Composite Index was up 9.69% for the third quarter.

Some fixed income analysts believe that the Treasury yield curve is showing signs of mispriced bonds between long-term and short-term maturities, adding volatility to the overall bond market.

It is now estimated that there are over $12.6 trillion worth of bonds globally that yield less than zero. This dynamic is placing tremendous pressure on the world’s central banks to find a policy that will eventually stimulate economic growth and inflation. The Bank of Japan has had little if any success with its ultra-low negative yielding government bonds. All in all, this essentially means that Japanese rates will stay well below those in the United States for quite some time.

U.S. money fund reforms are set to take effect in the middle of October and have already affected short-term rates, notably the benchmark London Interbank offered rate also known as LIBOR. LIBOR is the base rate for many U.S. loans including various home mortgages, thus if LIBOR increases, then some mortgages in the U.S. could also see an increase in lending rates. Libor has risen by over 50 bps in the past year to 0.8456%, while the Fed has barely raised its short-term rate just 25 bps to 0.25-0.50%.

Benefits of A Trust Versus a Will – Estate Planning

A properly drafted will or trust is essential for anyone that has assets to leave to heirs. Either a will or a trust allow you to designate anyone you wish as beneficiaries. Both a will and a “revocable living trust” allow you to identify who the heirs to your assets will be.

The main difference between the two is that assets held in a trust will avoid probate upon your passing, which is inhibitive to the heirs and costly. A trust structured as a revocable living trust can help shelter family assets from taxes by properly placing assets within the trust. Currently, the first $5.34 million (per individual) $10.68 million (per married couple) is excluded from estate taxes with any assets over that amount taxed at the Federal Estate Tax rate.

If you own property in another state, a living trust eliminates the need to probate that property in that state. A living trust can immediately transfer management of your property if you become incapacitated either physically or mentally. There is no need to go to court to appoint a guardian or conservator.

If you choose to create a living trust, you should also create what is called a pour-over will. It provides for the distribution of any property that is not included in the trust. It will also allow you to name a guardian for any minor children.

When smaller, less developed countries from around the world need to exchange their currencies into a more utilized and liquid currency, they utilize SDRs (Special Drawing Rights), essentially a basket of currencies. Created by the IMF in 1969 to supplement a shortfall of preferred foreign exchange reserve assets, SDRs have evolved to over $200 billion in value. There are currently 188 member nations that belong to the IMF and vote on the make up of SDRs.

The IMF voted in 2015 to have the Chinese currency, the yuan and also known as the renminbi, included in the IMF’s basket of currencies known as SDRs. China had been lobbying for years to have its currency included in the basket, arguing that world trade and economies were at risk of having too much reliance on the U.S. dollar.

The inclusion of the yuan was the first change to the composition of SDRs since 1999, when the German deutsche mark and the French franc were replaced by the euro. The inclusion of the yuan establishes credibility for the currency as well as China’s fiscal and financial systems. The yuan was created after World War II and was initially only used within Communist controlled China for years. The inclusion is seen as mostly symbolic.

The IMF reviews the composition of the SDR basket every five years. It did reject the inclusion of the Chinese yuan during its last review in 2010 for the reason that it did not meet the necessary currency criteria.

The revised allocation of currencies in the SDRs will have a minimal effect on the dollar’s position, which will shift from a 41.9% weight to a 41.73% weight. The British pound will have the biggest difference of the currencies, dropping from a 11.3% weight to a 8.09% weight.

The yuan is the world’s fifth most utilized currency for international payments, as tracked by the Society for Worldwide Interbank Financial Telecommunication. Only a fraction of global trade payments are currently denominated in yuan. Following a 40-year ban on U.S. oil exports that was lifted in December 2015, more than 87 million barrels of crude oil have been shipped to 17 countries in the first half of 2016.

The largest and most consistent U.S. crude oil export destination for the first five months of 2016 has been Curacao, an island nation located in the Caribbean Sea north of Venezuela. Refineries on the island nation owned by a state run Venezuelan company, mix the higher quality U.S. crude oil with lower quality crude oil from Venezuela in order to re-export more easily to other countries.

In response to the Arab oil embargo, the U.S. imposed regulations in 1975 that restricted the exportation of crude oil. For years, oil companies and industry leaders have sought a relaxation of the export restrictions in order to compete in the global oil markets. U.S. oil exports are now directly competing with cheap Russian oil exports, which has been aggressively pursuing oil trading relationships from China to Belarus.

Another factor affecting U.S. oil exports is how oil is actually paid for. For decades oil has been traded internationally with the U.S. dollar, known in the oil industry as petrodollars. However, over the decades there has been a growing reluctance by many countries having to rely on the U.S. dollar to trade oil, especially China and Russia. So there has been a growing movement to de-dollarization oil trade internationally. Just recently, China and Russia forged an agreement to trade oil between their two countries in yuan and rubles only. Russia is now actively seeking establishment of a ruble based pricing system that will reduce the dependence on the U.S. dollar. 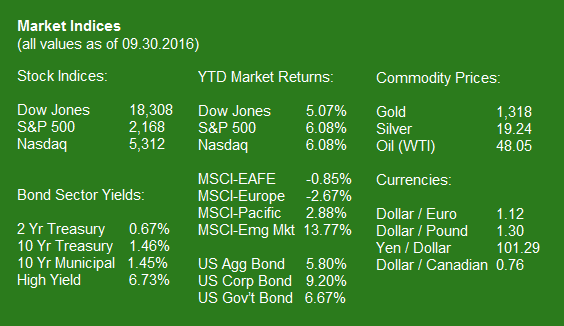