An improving economic environment and earnings optimism propelled markets higher, along with prospects that there might be some agreement on tax reform in Washington.

The House of Representatives released a draft of tax policy proposals known as The Tax Cuts & Jobs Act. The prospect of lower taxes for corporations and individuals are part of the proposals, while also targeting tax avoidance by multinational U.S. firms, reassuring markets that fiscal reform could prove possible.

Effects of hurricane influenced rebuilding efforts underway in Texas and Florida are expected to become more visible via labor and materials data over the next few weeks. Economists expect an increase in job placements and material costs as insurance claims start to pay out. Hurricane Harvey destroyed over 15,500 homes in Texas, while Hurricane Irma damaged 90% of the homes in the Florida Keys.

Repatriation of corporate cash is a top priority of tax reform where U.S. companies generating profits overseas are currently paying upwards of 35% tax. Large U.S. multinationals that have significant revenue generated outside of the U.S. stand to benefit the most from repatriation. Technology stocks alone hold over 60% of cash held overseas from profits. Should a reduced tax rate become effective on such large cash portions, companies could use the money to increase dividends, expand capital investment, hire employees, and make acquisitions.

The U.S. economy posted two consecutive quarters of GDP growth above 3% in the second and third quarter, marking the best six-month consistent period of growth in three years. Gross Domestic Product (GDP) grew at a 3.1% rate in the second quarter and 3% in the third quarter, per Commerce Department data. The subdued third quarter results are believed to be attributable to Hurricanes Harvey and Irma as economic activity came to a halt for portions of Texas and Florida. Economists believe that rebuilding efforts following the storms will give GDP growth a boost in the fourth quarter. Historically, U.S. GDP has averaged around 3% annual growth.

Proposed business tax reforms are expected to increase business investment, which has lagged in recent years. The Federal Reserve Bank of St. Louis released data showing that business investment rose 6.7% in the second quarter and 3.9% in the third quarter, a decline most likely caused by the hurricanes. Overall, a rising trend in business investment is a confirmation of improved confidence held by companies on economic and tax reform prospects.

This October marked 30 years since the market drop of 1987, when the Dow Jones Industrial Average fell to 1,738, losing 508 points. The 22.6 percent collapse in 1987 is equivalent to a drop of about 5,200 points in the index today. The benchmark U.S. S&P 500 index plunged 20.5 percent on that same day in October 1987, equal to a drop of over 520 points today, and the Nasdaq dropped 11.4 percent, comparable to a drop of about 750 points. Another historical note is that October has been recognized as the most volatile month of the year. This past October was an exception, with the least amount of volatility of any October going back to 1928.

Earnings, the single most important factor for stock prices, have been rising in sync with stock prices, meaning that improved earnings validate higher equity prices.

International markets are following the rise of U.S. equity markets, reflecting optimism about world economic growth. Steady buying in U.S. markets has transitioned over to European, Asian, and emerging markets over the past few trading sessions. Broad-based economic growth internationally is fueling stock market appreciation as well as inflationary pressures. A weak dollar has also continued to buoy large U.S. multinationals allowing their products to be priced more competitively worldwide.

The yield curve for U.S. government bonds is flattening while shorter-term rates have risen as Fed hike expectations have increased. The 2-year Treasury reached 1.60% in October, its highest level since 2008. Rising shorter-term maturity bonds with little or no change in longer-term maturities is viewed by economists as a pick up in shorter-term inflation as well as the expectation of a coming rate increase by the Federal Reserve.

Higher interest rates are anticipated in Europe as the European Central Bank (ECB) announced that it plans to reduce its purchases of government and corporate bonds by half starting in January 2018. The ECB had been buying a committed 60 billion euros of bonds every month since it began monetary easing. Many believe that the actions of the European Central Bank (ECB) may influence the U.S. bond markets to higher interest rate levels.

Social Security recipients are due to receive the largest increase in benefits in six years. But for many recipients, the increase in payments will go towards higher Medicare costs.

Many are concerned that the 2% increase may not cover expenses that are rising at a faster rate, including other essential items such as food and housing. The latest increase also affects the premiums for Medicare Part B, which covers doctor visits and outpatient care. Medicare premiums are expected to increase at the beginning of the year, minimizing net increases in Social Security payments.

The establishment of Social Security occurred on August 14, 1935, when President Roosevelt signed the Social Security Act into law. Since then, Social Security has provided millions of Americans with benefit payments. The payments are subject to automatic increases based on inflation, also known as cost-of-living adjustments or COLAs which have been in effect since 1975. Over the years, recipients have received varying increases depending on the inflation rate. With low current inflation levels, increases in benefit payments have been subdued relative to years with higher inflation. The COLA adjustment for 2018 is 2.0%, a steep increase from the 2017 adjustment of only 0.3%.

The House Of Representatives released highlights of proposed tax cuts and tax policy reform, known as The Tax Cuts & Jobs Act. The proposals are still preliminary and only a draft until modified and formally signed into law. It is expected that the final version may have numerous revisions as the proposal goes through the negotiating process.

Below are proposed key provisions:

• Corporate taxes would drop from 35 percent to 20 percent;

• Federal deductions for state and local income and sales taxes are to be eliminated, but local property taxes can be deducted up to $10,000;

• No changes on contribution limits to 401(k) retirement plans;

• The Alternative Minimum Tax (AMT) is to be repealed;

• Corporate profits generated overseas would be subject to a 12% tax;

• Home mortgage interest deductions will stay in place for existing homeowners, but will be capped for new homeowners at $500,000, down from the current $1 million limit.

A number of popular taxpayer deductions may also be reduced or eliminated. The idea presented is to simplify the tax filing process by eliminating multiple, tedious deductions and replace them with a single, larger standard deduction. Some of the deductions targeted as proposed in the draft of the bill include:

Effect of Tax On Overseas Cash Held By US Corporations

The effect on U.S. companies should the proposals for corporations be approved are expected to apply primarily to larger U.S. multinationals. These companies will no longer be able to avoid taxes on profits earned overseas sitting in cash. The proposed tax rate of 12% would apply to over $3 trillion currently overseas. Under current law, U.S. taxes on global earnings by U.S. companies are deferred until brought back to the U.S. or otherwise known as “repatriated”. Bringing back overseas cash in order to tax has never been mandatory.

The 12% rate encourages companies to bring cash back to the U.S. rather than investing it in other countries. In addition, the 12% rate is lower than the current corporate rate approaching 35% for many companies. Should the provision become law, the Joint Committee on Taxation estimates that it would raise $223 billion over the next decade. Following the recent Equifax data breach that affected 143 million Americans, the administration has called on various federal departments and agencies to look into the vulnerabilities of the Social Security number system and what alternatives may exist.

Several proposed encryption methods are being considered to replace the current vulnerable 9-digit numbers. An idea being looked at is a private key that is basically a very long encrypted number that would require a pass code or pin, similar to a chip coded credit/debit card. Fortunately for Medicare users, Medicare cards will no longer brand Social Security numbers on them. Instead they will be replaced by a new set of number identifiers starting in April 2018.

When the Social Security Administration started issuing numbers in 1936, the intent was to track U.S. workers’ earnings in order to determine their Social Security benefits. Over the decades various government agencies and private companies started using the numbers as a general identifier, which was never the original intent. In order to do away with Social Security numbers, it would need to be voted on and approved by Congress. 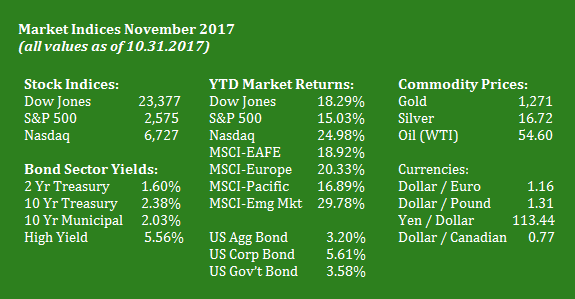