Pre-election jitters led to market stagnation as equities struggled through October. With this extraordinary political year coming to a close, the results of the election will carry over to 2017 as markets digest new policies and legislative changes.

U.S. equity markets have not been enthused by the Fed’s hesitation to prolong a rise in rates. Concurrently, revised economic data projects slowing economic growth on the horizon. The perceived era of excess liquidity by central banks around the world might be concluding as consistent policy shifts with the ECB, Bank of Japan, and the Federal Reserve prepare for an end to stimulus along with a higher rate environment. In addition, a strengthened dollar has made it more difficult for U.S. companies to profit from overseas sales. The Fed’s Beige Book Report released on October 19th showed that manufacturing activity was mixed as the stronger dollar continued to dampen exports of manufactured goods.

It has been eight years since the financial crisis climaxed in the fall of 2008 when tremendous uncertainty and pessimism lurked throughout the markets. Today, the stimulus efforts that were set into motion by the Fed are for the most part still in effect. Many agree that the markets today are far less precarious than they were in 2008, yet the Fed’s stimulus efforts have yielded minimal, if any, sustainable economic growth.

A topic of contention during the election was how to tax profits of large U.S. companies with overseas operations. About 50 U.S. companies account for $1.7 trillion of the $2.9 trillion of profits held overseas. So for every product a U.S. multi-national such as Apple, GE, or Microsoft sells in another country, any profits made are taxed when the money is brought back to into the U.S.

Currently, the Federal Reserve only purchases government securities in the open market as a form of stimulus and influence over the markets. Former Treasury Secretary Lawrence Summers recently endorsed the idea of having the Fed not only buy government securities, but corporate bonds and equities as well. Such a move might continue to support the bond and equity markets even if a rate rise were to take affect.

Fed Chair Janet Yellen coined a new phrase in October “high pressure economy” as she suggested that a tight labor market might draw in potential workers who would otherwise sit on the sidelines. The challenge has been that as the unemployment rate has gone down, so has the pool of qualified workers, leaving certain positions unfilled.

A research report released by the National Institute on Retirement Savings identified that working individuals are actually trying to save more as they approach retirement, while spending less at the same time. This is counterintuitive to what the Fed was hoping for as part of its stimulus efforts.

A strong dollar eroded some corporate earnings as U.S. companies with offshore revenue found it tougher to generate profitable sales. The U.S. dollar has been moving higher against most developed and emerging currencies in anticipation of a rate rise before year-end.

U.S. banks reported stronger than anticipated quarterly earnings as trading helped banks keep profitable. Recent contentions surrounding banking practices might lead to reformed legislation for banks, disallowing them of some activities that have added to their profitability.

More equity analysts are not just looking at company earnings to determine stock valuations, but are also eyeing interest rate levels and how much cash is being returned to shareholders.

Recent divergent stock sector performance is being caused by the anticipation of rising rates, earnings, and mergers. Assets moving from one sector to another (known as sector rotation) is also being induced by the coming rate rise and earnings expectations.

Money market fund reforms took effect on October 14th, which indirectly led to an increase in short term rates. A key lending rate known as the Libor (London Interbank Offered Rate) rose to 0.87%, a rise from 0.32% a year ago. It is expected that some variable mortgages indexed to the Libor might start to see increases.

Brazil’s central bank cut its key lending rate in October for the first time in 4 years. The monetary policy committee cut its benchmark rate by 25 bps to 14% from 14.25%.

Yields on U.S. corporate and government bonds rose in October, as a rate rise sentiment impeded any rise in bond prices. The 10-year U.S. Treasury yield rose from 1.60% at the end of September to 1.84% on October 31st. Short term government rates have also risen recently, with the 2-year Treasury note edging up to 0.86% as of October 31st. The slight upward shift in both short-term and long-term rates is indicative of a shift up in the yield curve, meaning that an overall change in rates is occurring.

Building of new single-family houses rose 8.1 percent in September, according to the most recent data made available by the Commerce Department. Yet the annual rate of 783,000 housing starts remains well below the historical average of more than one million new homes per year.

While demand is high and enthusiasm for home ownership is apparent, the Fed’s Beige Book Report, which surveys all of the 12 Fed Districts, found that residential construction and real estate activity has expanded further, yet low home inventories continued to constrain sales.

Construction of new homes has been despondent, as a lack of qualified workers has hindered the home building industry since the displacement of jobs during the real estate downturn following 2007. The challenge of hiring stems from skilled workers that left the industry during the downturn and have found other occupations since then.

An improving jobs market along with growing families has helped escalate the demand for homes across the nation.

During the mid 1800’s, the United States was mostly an agricultural society whose citizens were farmers and field workers. Since the country was very much a religious nation, voting day was established in the middle of the week, allowing citizens time to travel to and from polling places without interfering with Sunday religious services. Ample time was needed to travel because horse and buggy was the only form of travel.

Since farmers had such an influence over society and lawmakers, November was designated as the most convenient month for farmers and rural workers to travel to the polls. The fall harvest was over and throughout most of the nation the weather was still mild enough to allow travel over dirt and makeshift roads.

The right to vote wasn’t extended to all citizens for decades. In 1870, the 15th Amendment removed the restriction of race and color from voting. Women gained the right to cast ballots in 1920 with the ratification of the 19th Amendment. For decades, the minimum age to vote was 21, until the 26th Amendment took effect in 1971 granting voting rights to 18 year olds. 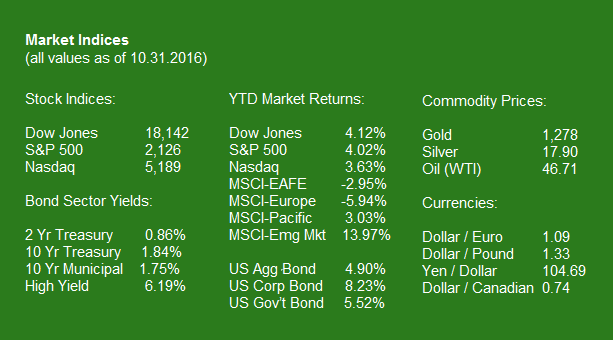