Fiscal policy has taken center stage as President Trump’s tax proposals will begin a drawn out process for legislative approval. Individuals, small businesses, and large corporations are expected to benefit from the various proposals.

French voters are a focal point in the international markets as they decide the probable fate of the European Union (EU) and the euro’s acceptance. A leading candidate, Marine Le Pen, is an advocate of France exiting the EU, which the British voted for last year.

Mexico and Canada breathed a sigh of relief as President Trump suggested that perhaps the U.S. could renegotiate NAFTA rather than abandoning it. Trade has been a leading agenda item for the President as suggestions to impose tariffs on imports has raised anger among U.S. trading partners.

Contrary to popular belief, the U.S. dollar has actually fallen after recent Fed rate hikes. Some economists see this as a signal that rates may actually stay close to where they are and not rise much until stronger economic numbers are in.

The Fed gave no indication of slowing tightening plans this year, even though U.S. economic growth slowed to 0.7% in the first quarter of 2017, the slowest quarter in three years. Consumer sentiment, though, remained at elevated levels in April as the University of Michigan’s Consumer Sentiment Index rose again. It is up 9% from April 2016 to April 2017.

The S&P 500 Index finished up 5.5% during President Trump’s first 100 days in office. Timing has become a must when achieving an attractive first 100 days. Roosevelt began his term in the midst of the depression with a rebounding market from collapse in 1933, while Bush saw his first 100 days during the middle of the dot-com bust.

Analysts believe that demographical factors are increasingly influencing the direction of fixed income markets. Even after the fed raised rates this past quarter, along with a series of rate increase expectations, bond yields have reversed and headed lower. The 10-year U.S. Treasury Bond yield fell in April to 2.29%, levels last reached in November 2016.

of investment grade bonds has surpassed the volume of bonds for the first time since 2008, suggesting that sentiment about risk factors in the bond markets may be changing.

An exit from any one of the EU member countries is expected to cause additional negative sentiment and market repercussions in European credit markets as the euro becomes that much more susceptible.

Government bonds from Venezuela reached yields in excess of 20%, as the country bristles with political and economic chaos. It is estimated that Venezuela has roughly $10 billion left in reserves, which is expected to be exhausted fairly soon.

The three major equity indices all ended in April, with the Nasdaq reaching a milestone. The Nasdaq Composite Index passed through 6000 in April, taking it 17 years to move from 5000 to 6000. The index has hit 25 new records so far in 2017, the most of any year since 1999.

Earnings remain upbeat for most sectors of the S&P 500 index, instilling confidence into markets. The technology sector excelled in April as improving earnings helped propel the sector. The recent drop in oil prices to below $50 affected the energy sector as tighter margins placed pressure on future earnings prospects.

The French Vote & Consequences For the Euro & EU – International Update A similar sentiment that encouraged British voters to exit the European Union (EU) is now influencing French voters to possibly do the same. A leading candidate, Marine Le Pen, is an advocate of France exiting the EU.

A growing concern in Europe is that a domino effect may take hold as the sentiment to exit the EU spreads to other countries. Upcoming elections in Lithuania, Austria, Netherlands, and Germany may yield additional candidates that also favor an EU exit. Of the 28 EU member countries, France currently has the third largest economy Germany and the UK, which voted to leave the EU in 2016.

The challenge ever since the euro was introduced to the financial markets in 1999 has been how best to synergize the various cultures and languages entangled throughout the EU. In addition to cultural and social diversity, the EU imposes certain rules and laws on EU member countries and their citizens. The regulations have been considered intrusive and overbearing by several EU members. A current objectionable mandate by the EU on its members has been the acceptance of immigrants. For years, EU members have honored an open door policy to immigrants fleeing political persecution in their home countries, such as Syria, Afghanistan, and Albania.

For nearly a hundred years, tax cuts have been a centerpiece of political strife among politicians, with both parties at times lobbying for lower tax rates.

An accepted belief has been that lower taxes widen the Federal deficit and provide no economic expansion. Contrary to this belief, prior tax cuts enacted by various presidential administrations actually yielded economic growth and higher revenues for the Federal Government.

Following the dramatic tax increases during the 1930’s imposed by President Hoover and President Roosevelt, Democratic President John F. Kennedy enacted across the board tax reductions. The reductions of the early 1960’s brought top tax rates down from 90% to 70%, while simultaneously increasing tax revenue from $94 billion in 1961 to $153 billion in 1968.

The historic tax reform act of 1986, signed by President Reagan, reduced rates across all income levels and nearly doubled tax revenue by 99.4 % during the 1980’s.

Where Trump Tax Cuts Will Help The Most – Fiscal Policy

President Trump’s proposal to cut the corporate tax rate from 35% to 15% could benefit various industries and sectors throughout the country. U.S. based businesses with a domestic focus would benefit the most including retailers, telecom companies, regional banks, restaurants and health insurers. Domestic based companies have about a 35% tax because they lack lower overseas operations taxation. Standard & Poor’s estimates that highly taxed companies could see a 30% increase in after-tax earnings if the top corporate tax rate falls to 15%.

Not only may corporations attain higher profits, but consumers may also enjoy lower prices should some of that profitability be passed on to consumers.

The proposals also include a one-time amnesty rate of 10% for U.S. companies that have an estimated $2 trillion in profits trapped outside the United States. U.S. companies have been discouraged from bringing these profits back to the U.S. because of the current 35% tax rate. Proceeds from the repatriation of $2 trillion into the economy could result in job creation, manufacturing, and increased dividend payouts for shareholders.

The proposal has become extremely popular with these entities because they currently employ more than 50 percent of the private sector and account for roughly a third of all private sector payroll.

The Tax Benefits Of Homeownership May Change – Tax Planning

As President Trump’s tax proposals are being unveiled, homeowners are carefully following the possible effects on home ownership. The current tax code provides a number of benefits for taxpayers that own their homes rather than rent. Homeowners have the ability to deduct both mortgage interest and property tax payments from their federal income tax. The possibility of eliminating the deduction of property tax payments may alter the benefits of home ownership for some.

The tax code also allows for the exclusion of capital gains on home sales. the exclusion from taxable income on the appreciation of homes when sold is $250,000 for individuals and $500,000 for joint filers. In order for the exclusion to be effective, the homeowner must live in the home as their principal residence for two of the preceding five years. In addition, homeowners may not have claimed the capital gains exclusion for the sale of another home during the previous two years.

The difference results largely from various factors: compared with lower income homeowners, those with higher incomes face a higher marginal tax rate and typically pay more mortgage interest and property taxes. They are also more likely to itemize deductions on their tax returns rather than just taking the standard deduction. 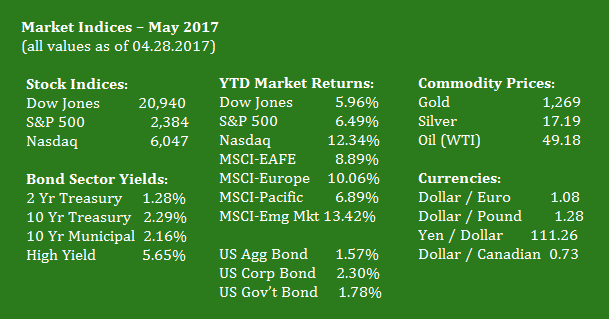