Executives from 16 major U.S. companies urged Congress to pass a comprehensive rewrite to the U.S. tax code, including implementing a controversial border tax. Many U.S. companies believe that a border tax would make their products more competitive in the international markets. The border tax proposal has also drawn criticism from U.S. companies such as automobile manufacturers and retailers that require imports and whose margins would fall with border tax payments.

Reflation has become the new inflation as growth expectations are heating up prices, production costs, and wages. Higher wages eventually lead to inflationary pressures because employers pass higher costs along to consumers. Some higher prices for consumers are expected with President Trump’s proposals, yet at the same time rising wages may offset higher prices.

U.S. retail stores are struggling due to e-commerce competition and slowing mall traffic. The downturn has led to the highest level of credit distress among the sector since the recession of 2008-2009, according to Moody’s Credit Rating agency.

The Federal Reserve made its first rate decision under the Trump administration in February, leaning towards a rate increase as early as March.

The Tax Policy Center, a nonpartisan independent entity in Washington, believes that the tax proposals presented by the president may not become effective until 2018 at the earliest since passage by Congress takes time.

Due to IRS efforts to prevent fraud, tax refunds will be delayed for households claiming the Earned Income Tax Credit (EITC) and the Additional Child Tax Credit (ACTC). It is estimated that about 25 – 30 million households will need to wait to get their refunds creating cash flow disruptions in February and March. Historically, tax payers receiving refunds tend to spend the funds almost immediately.

The Department of Labor is delaying the fiduciary rule from going into effect until June 9th. It was originally scheduled to become effective April 10th, but the department has decided to allow more time to solicit feedback from industry professionals and the public. The fiduciary rule is only affecting retirement accounts for the time being, requiring that investment advisors put the best interests of the investor first.

Equity indices had their longest streak of record closes since January 1987 as positive sentiment swept the markets, propelling the major equity indices to new highs. The S&P 500's market capitalization attained $20 trillion for the first time ever, a dramatic increase over the past few months.

Market pundits believe that we have officially been in a bull market cycle for the past eight years, as major equity indices have continued to hit new highs since 2008. Many analysts and economists are linking the market’s eight-year run to the Fed’s monetary easing program, producing ultra low rates and yield seekers.

Bank sector stocks elevated as the expectation that Dodd-Frank regulations would be alleviated as well the Fed positioning for a rate hike fairly soon. Banks tend to perform better with less regulation and a higher interest rate environment.

The 10-year Treasury yield fell to levels not seen since November 2016 when markets were still pensive about the outcome of the presidential election. The retreat of Treasury bond yields may signal that the strong asset flows into equities may be easing up.

Following the financial crisis of 2008/2009, the Federal Reserve orchestrated an ambitious stimulus program of buying enormous amounts of U.S. government debt and mortgage securities. Over the past eight years, these efforts ballooned the balance sheet of the Federal Reserve to over $4.5 trillion, compiled of both Treasuries and MBS (Mortgage Backed Securities). Essentially, the idea was to take large amounts of debt out of market circulation in order to drive bond prices higher and yields lower. The outcome of this strategy led to historically low bond rates and mortgage rates, while subsidizing the housing market simultaneously.

This past month, several Fed officials raised the topic of alleviating the large amounts of mortgage debt on the Fed’s balance sheet. The accumulation of debt by the Fed has basically provided a temporary fix to the financial crisis. Now the Fed has reached the point to start unwinding its gigantic portfolio of both Treasuries and mortgage bonds.

The challenge for the Fed will be how it will gingerly extract the billions of dollars of MBS bonds from its balance sheet. Currently, the Fed constitutes the single biggest source of demand for U.S. government backed mortgage debt, while also owning roughly a third of the entire mortgage bond market. The Fed’s accumulation of MBS bonds did enable the housing market to maintain stability even during an eight-year period of almost zero wage growth.

Unwinding the Fed’s mortgage bond holdings will be difficult because the Fed will need to find buyers for its $1.75 trillion of MBS bonds. Without any new buyers, selling bonds could drive yields up fast. The Fed’s encroachment into the MBS market reduced volume by more than 40 percent since 2008, creating possible liquidity issues as well.

Many bond traders expect that as MBS bonds start to flow off the Fed’s balance sheet, it will allow private buyers such as mutual funds and pension funds to essentially take over the buying from the Fed. The hope is that in conjunction with alleviation of certain Dodd-Frank rules that limit trading by banks and financial institutions in government securities, these two dynamics may encourage new market participants to become buyers of what the Fed is selling. A similar sentiment that encouraged British voters to exit the EU is now influencing French voters to possibly do the same. Upcoming Presidential elections in France on April 23rd will determine the country’s future in the EU, as a popular candidate, Marine Le Pen, is an advocate of having France exit the EU.

A growing concern in Europe is that a domino effect may take hold as the sentiment to exit the EU spreads to other countries. Upcoming elections in Lithuania, Austria, Netherlands, and Germany may yield additional candidates that also favor an EU exit. Of the 28 EU member countries, France currently has the third largest economy after Germany and the UK, which voted to leave the EU in 2016.

According to data from the Federal Reserve Bank of New York, total household debt climbed to $12.58 trillion at the end of 2016, an increase of $460 billion for the year, making it the largest increase in almost a decade. The current amounts are almost equal to the debt levels Americans had in 2008, when total consumer debt reached a record high of $12.68 trillion.

The Fed tracks household debt by categories, such as mortgage, student, credit cards, home equity loans, and auto loans. Over the decades, the most consistent and significant amount of household debt has been mortgages.

The recent increase in total overall debt is primarily attributable to a steady rise in both student and auto loans. Recent Federal Reserve data shows that these two loan types are primarily held by younger consumers. The concern is that the difficulty of obtaining mortgage loans has led younger consumers to take out student and auto loans instead. 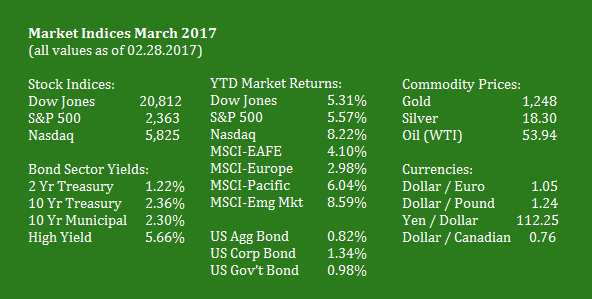