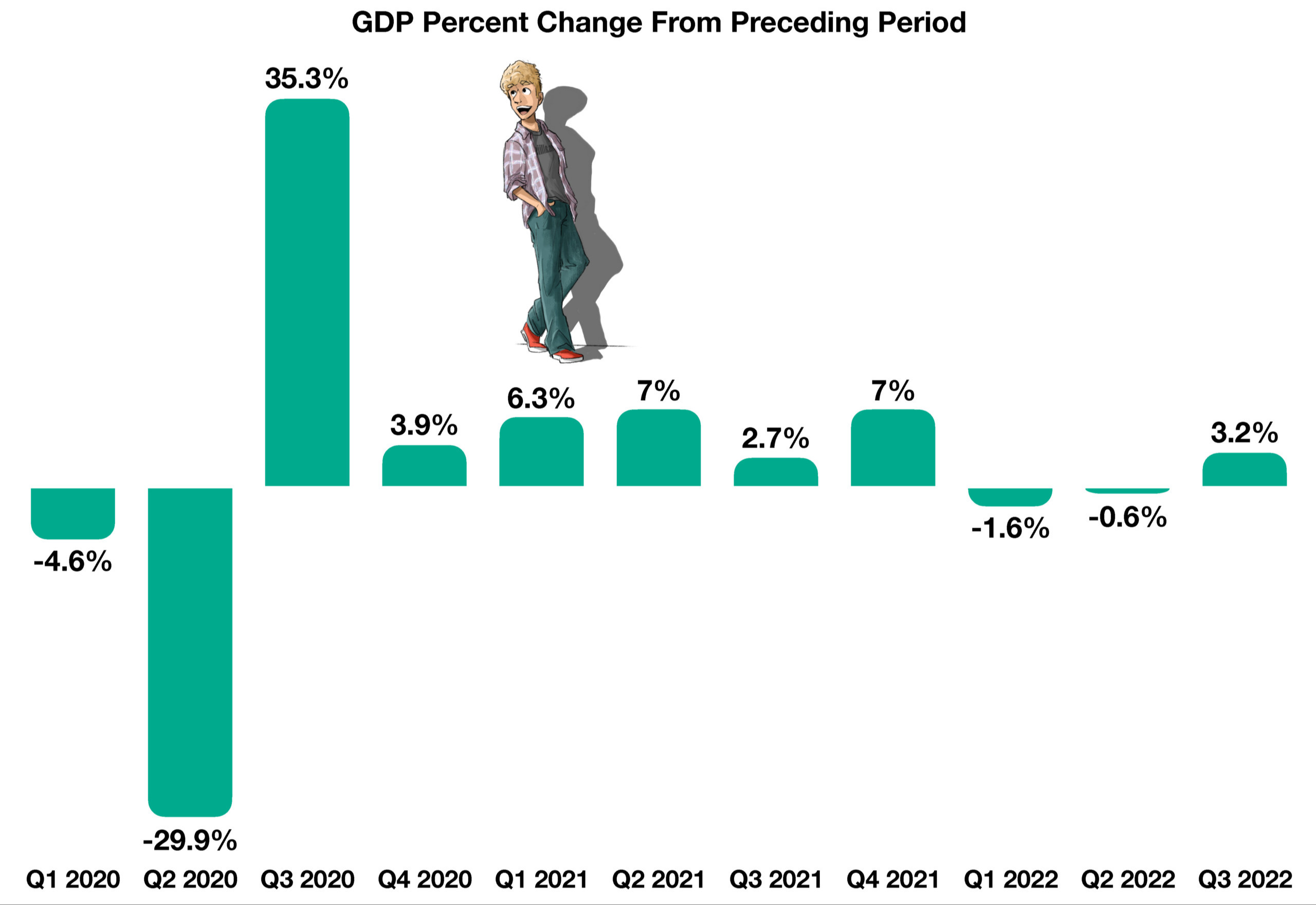 Global equity and fixed-income markets navigated through a volatile environment as 2022 unfolded to be a challenging year. The Russian invasion of Ukraine, rising interest rates, inflationary pressures, and a slowing economy all weighed on financial markets. The three major equity indices saw their largest declines since 2008, while rates rose from their historic lows.

Inflation hindered both consumers and businesses in 2022, as rising prices for food and fuel shifted spending away from non-essential items. Higher labor costs along with elevated operating expenses reduced company margins and profit projections.

Optimistically, the labor market remained resilient as unemployment stood below 4% at the end of 2022, still at historically low levels. Over 11 million positions were open heading into 2023, solidifying a buffer for millions of workers searching for employment. Many companies that over-hired since the start of the pandemic began to reduce jobs and trim staff as economic headwinds have become more prominent.

Stubborn supply constraints experienced over the past two years have essentially vanished, resulting in ample inventories and, in many instances, lower prices. Some economists and analysts expect a gradual slowing in inflationary pressures, leading to lower prices and easing consumer worries.

Falling commodity prices and a strong U.S. dollar helped to slightly alleviate inflation toward the end of 2022. Lower commodity prices along with a strong dollar make imported products less expensive for consumers and businesses.

COVID-19 infections remain a concern as rising cases in China and other countries have altered markets and shifted sentiment. Travel and shipping restrictions are the most significant economic hurdles resulting from an increase in COVID cases.

Congress passed the SECURE Act 2.0 in late December, carving the path for revised retirement provisions intended to help Americans save more intelligently for retirement. Among the changes is an increased RMD age of 73 for IRAs, and the ability to convert 529 college savings funds into Roth IRAs.

Economic expansion, as measured by Gross Domestic Product (GDP), staged a mild recovery in the third quarter of 2022, up from two consecutive quarters of negative GDP growth. Some analysts believe that the bounce may be short-lived, as ongoing challenges are expected in 2023. A lingering recessionary environment is still a concern for the markets and consumers, instilling a more cautious approach to investing and spending.

Volatility in the global equity markets led to increased uncertainty surrounding growth and earnings expansion for companies. Inflationary pressures and higher labor costs weighed on stocks, with only two sectors of the S&P 500, energy and utilities, posting gains for the year. The consumer discretionary, real estate, communications, and technology sectors underperformed the most for the year.

Corporate earnings forecasts remain a focal point as companies increasingly struggle with tighter margins and a slowing economic environment. Optimistically, the challenges of the post-pandemic supply constraints have eased significantly.

40-year highs in inflation and Federal Reserve rate hikes played havoc on bonds throughout 2022, sending short and long terms rates to levels not seen in years. Short-term rates remained higher than long-term rates at the end of 2022, indicating a continued inverted yield curve. 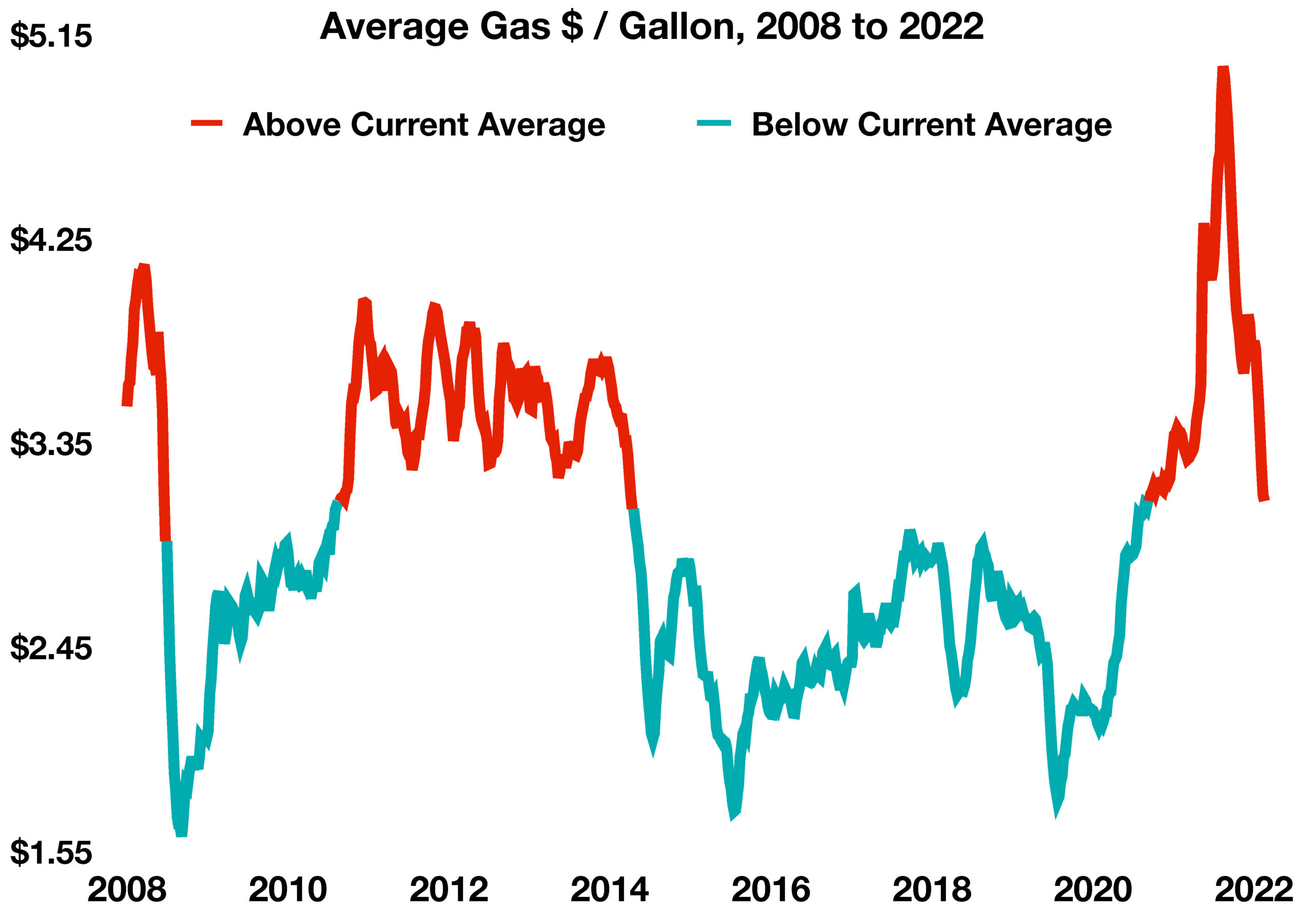 Average gasoline prices have officially reached an 18-month low after extraordinary prices in 2022. The average price per gallon of regular gasoline across the U.S. stood at $3.09 at the end of 2022, which was last seen over 18 months ago in June of 2021.

In 2022, several international factors including supply limitations due to the war in Ukraine led to abnormally high fuel costs for consumers. The average price per gallon across the nation eclipsed $4 for 22 weeks in a row and surpassed $5 in June of 2022. Gasoline became a financial burden for many consumers throughout 2022, compounding already higher prices for other essential items.

In 2022, inflation eclipsed 9% and reached 40-year highs as food and gasoline prices exhibited continuous spikes. Many consumers reported consistently feeling that their paychecks did not go as far as they used to, to which the Internal Revenue Service (IRS) has responded by implementing key changes for the tax year 2023. In 2023, inflation adjustments look to match the burdens created by inflation and the decrease in real wages exhibited in 2022.

For marginal income taxes, all rates remain the same but now higher income amounts are taxed at lower levels. For example, while the top tax rate is still 37%, it applies to any individual income greater than $578,125 rather than the previous threshold of $539,900. With all income tax brackets lifted higher, every taxpayer is expected to save money by paying less on each bracket of income they earn in 2023 versus 2022.

Taxes reflecting these changes will be filed in early 2024, yet will apply for the tax year 2023.

With high inflation and a recessionary environment being landmarks of 2022, many households have started to doubt the economy. Going further back to the start of the pandemic, households have tackled everything from shrinking savings to layoffs along with extended periods of unemployment. Financial conditions worsened for an increasing number of households this past year, and consumers’ expectations for this year’s financial situation are increasingly negative. 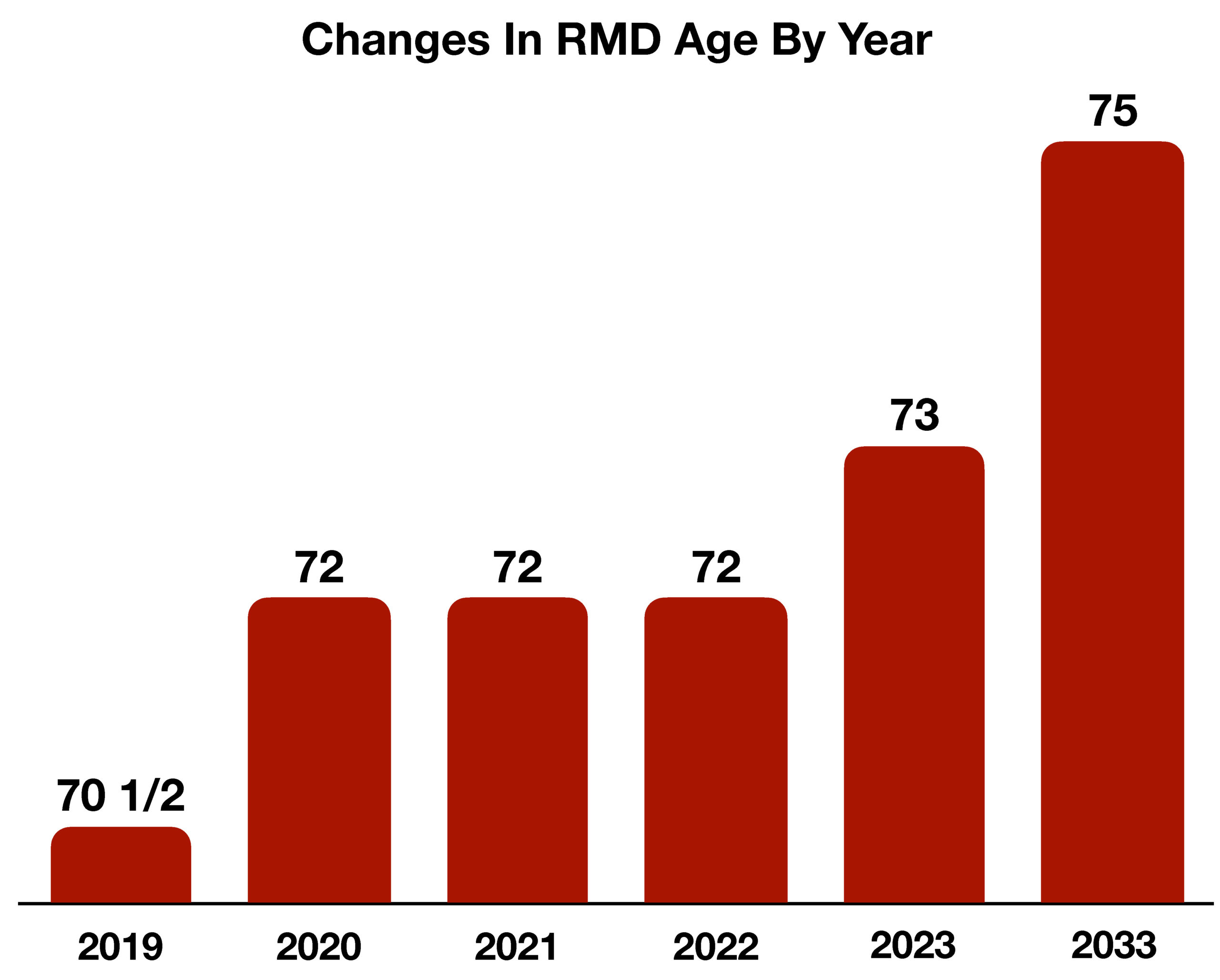 In response to an aging American population, a bipartisan retirement measure passing through Congress looks to assist Americans nearing retirement in the next decade. The measure, titled Secure Act 2.0, builds upon previous changes to retirement policies in 2019 and makes saving for retirement easier.

A major highlight of the Secure Act 2.0 is to increase the age at which required minimum distributions (RMDs) begin, allowing workers and retirees to leave funds in retirement accounts for longer, thus pushing off additional tax liability. In 2019, the RMD age was raised from 70½ years of age to 72. Now, the Secure Act 2.0 raises it to 73 beginning in 2023 and to 75 in 2033. These gradual changes are expected to accommodate and assist an incoming wave of baby boomers nearing retirement. With a few extra years before RMDs kick in, older workers have greater incentives to continue saving for retirement.

Company-sponsored retirement plans will require automatic enrollments into 401(k) and 403(b) plans, whereas it is currently only optional for employers to do so. In these plans, employers must also set up a contribution rate between 3% and 10%, plus an automatic contribution increase of 1% annually until a range of 10% to 15% is met. This provision will go into effect beginning December 31, 2024.

Another key change introduced by the Secure Act 2.0 will be allowing employer contributions for student loan payments. This would allow employers to match contributions to employee retirement plans based on student loan payments, easing the journey of saving for retirement. In the case of an emergency, Secure Act 2.0 also allows for a penalty-free withdrawal of up to $1,000 a year versus a previous 10% early-withdrawal penalty for withdrawals made under the age of 59½. Secure Act 2.0 also raises the ceilings on catch-up payments made past the age of 50, with an emphasis on payments made between the ages of 60 and 63.

In summary, the bill will allow for soon-to-be retirees to save more easily and for a longer period than before, reflecting a growing, older population and expanding retirement postponements.