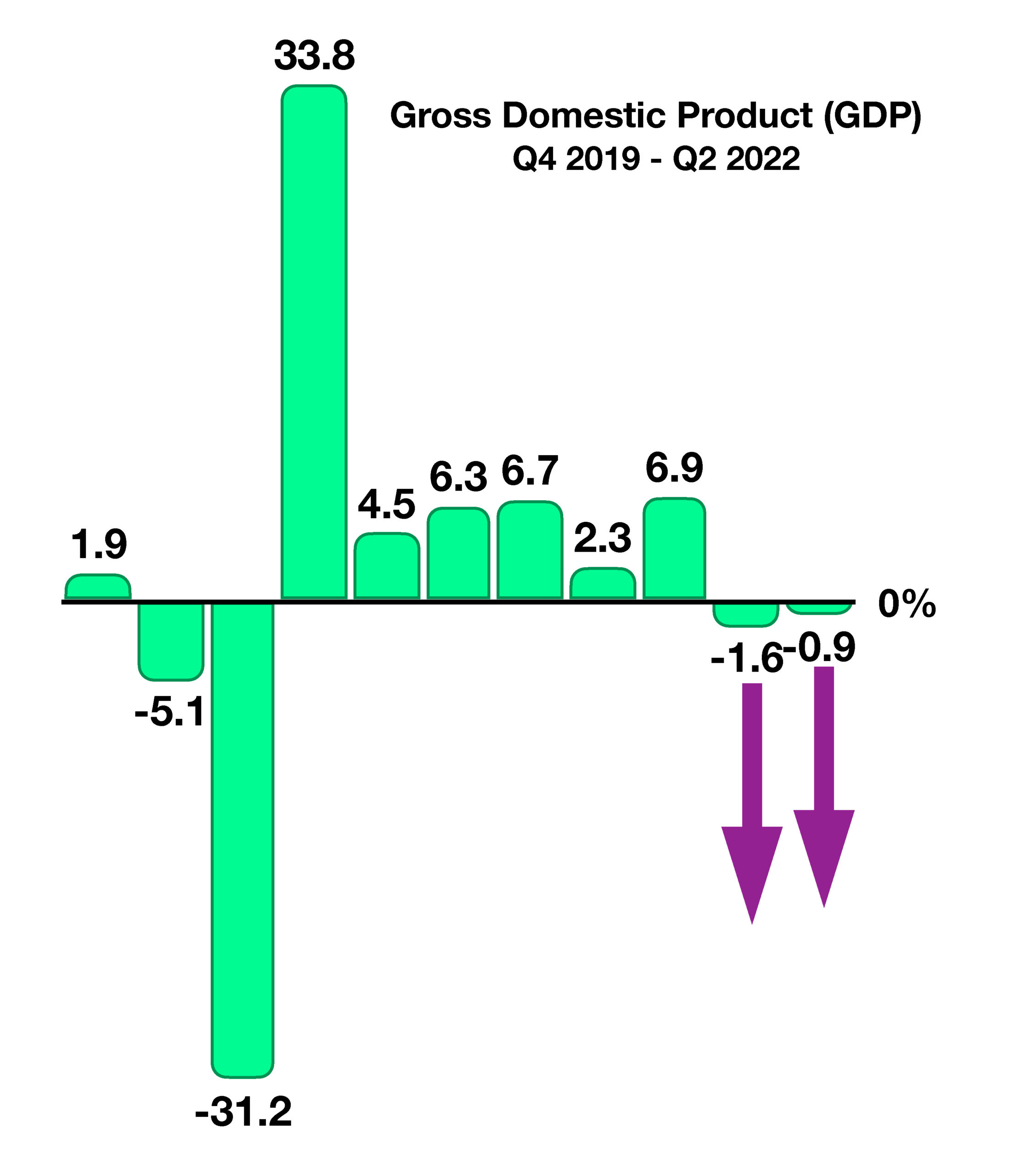 Recession concerns are rising as company earnings, employment data, and economic growth estimates continue to demonstrate an expected slowdown in the economy. Second quarter Gross Domestic Product (GDP) released in July showed a -0.9% decrease in GDP, following a -1.4% decline in the first quarter of the year. Traditional economic credence views two consecutive quarters of negative GDP as constituting a recession.

Markets were anxious in July as company earnings revealed uncertainty surrounding inflation and true economic conditions. Higher operating expenses hindered profit margins for many companies, yet allowed other companies to maintain margins as they continued to pass along elevated costs to consumers in the form of higher prices.

Inflation data showed that overall prices rose 9.1% in the past year, the fastest rise since 1981. Economists believe that the data is being muddled by record-level gasoline and food prices. With fuel prices having eased somewhat in July, upcoming inflation numbers may start to signal a pullback in inflationary pressures as we approach the fall.

The European Central Bank (ECB), the equivalent of the Federal Reserve, increased rates in July in order to help stifle rising inflationary pressures throughout Europe. Consumers in Europe are experiencing little if no respite from rapidly rising prices due to the Russian invasion of Ukraine.

The euro reached parity with the U.S. dollar in July for the first time in twenty years. The equal valuation of the two currencies has made it less costly for Americans buying European products and for those traveling to Europe.

The Federal Reserve imposed its second 0.75% rate increase this year, which acts as a tool for the Fed to combat inflation. Analysts have a growing consensus that the Fed may eventually pause or even reduce rates should the economy start to falter.

Stock earnings have become indirect indicators of where the economy may be headed. Companies that have thus far released earnings for the 2nd quarter are revealing slowing growth trends and heightened expenses hindering profitability. Various companies have announced pullbacks in job hiring, wage freezes, and layoffs in order to maintain margins.

Major equity indices were resilient in July, with the Dow Jones Industrial Average, the S&P 500, and the Nasdaq all posting positive trends for the month. Volatility was subdued as inflation fears eased, yet expectations of a recession still remained faint.

Overall bond yields fell in July, as uncertainty surrounding the economic environment was more concerning than inflationary pressures. The yield on the 10-year Treasury bond fell to 2.67% in July, down from 2.98% in June. Analysts expect the Fed to eventually halt rate increases and even reduce rates should economic conditions worsen, leading to lower rates.

Mortgage rates eased with the average 30-year conforming rate falling below 5.5%, a slight buffer to the rapidly rising loan rates from the beginning of the year. 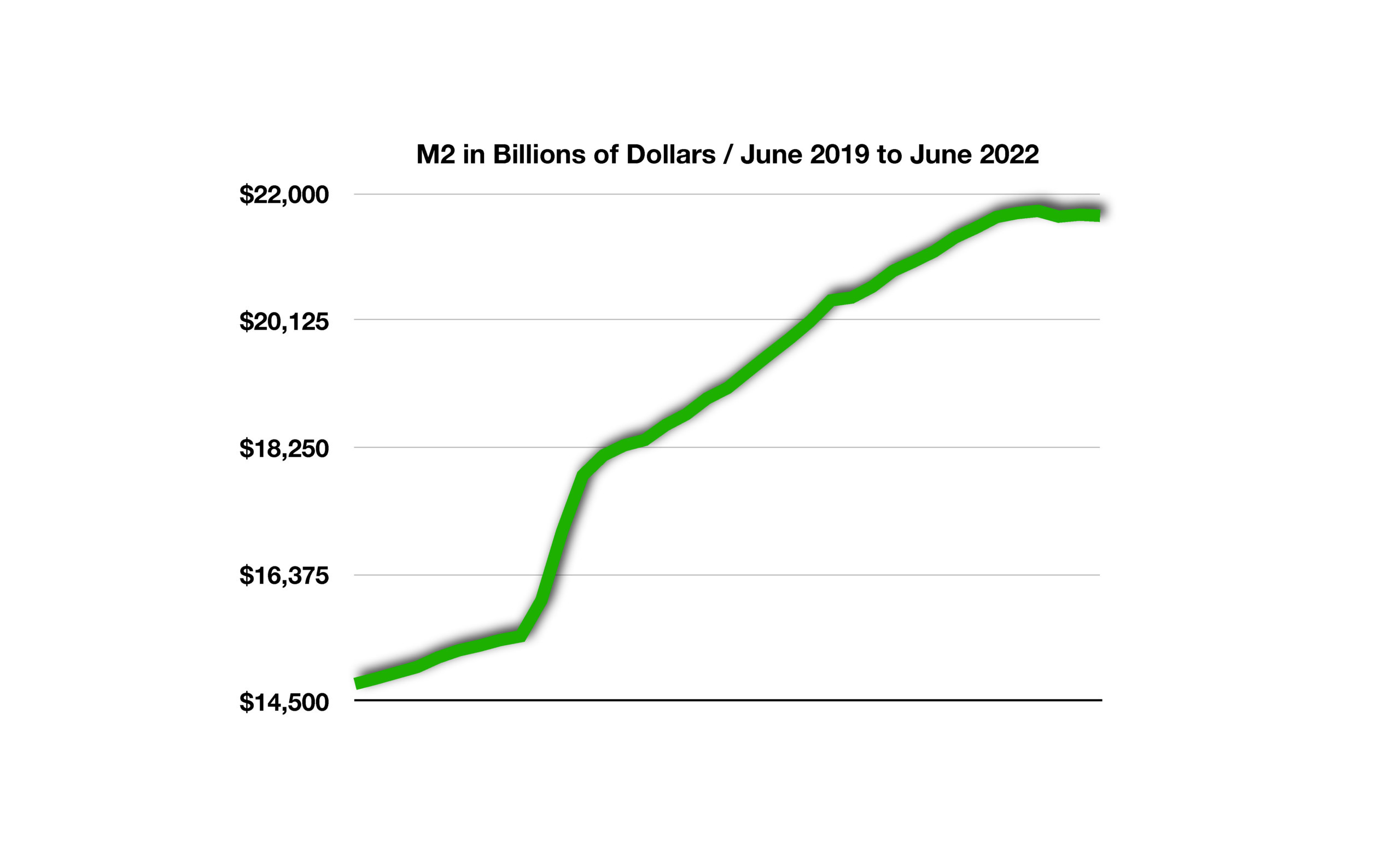 Since the start of the COVID-19 Pandemic, the U.S. money supply has grown at an above-average rate. M2, which measures the supply of U.S currency in circulation, is important to analyze why there has been a jump in the money supply. Economists view an increase in the money supply as an indication of rising inflation and conversely an indicator of deflation when M2 decreases.

M2 includes M1, which is currency held by the public, checkable deposits, and travelers' checks, plus savings deposits and shares in money market mutual funds.

Since this historic jump, the M2 growth rate has been severely constrained, with a swift 20% drop in growth. From its 2020-2021 peak of around 26%, it has fallen to 6% as of April 2022. In its strategy to raise rates and be­gin quan­ti­ta­tive tight­en­ing, the Fed has, in the three months be­fore June, al­lowed M2 growth to plunge to an ane­mic an­nu­al­ized growth rate of 0.1%. When broad money supply growth falls, then spend­ing con­tracts which historically has led to re­ces­sionary environments. 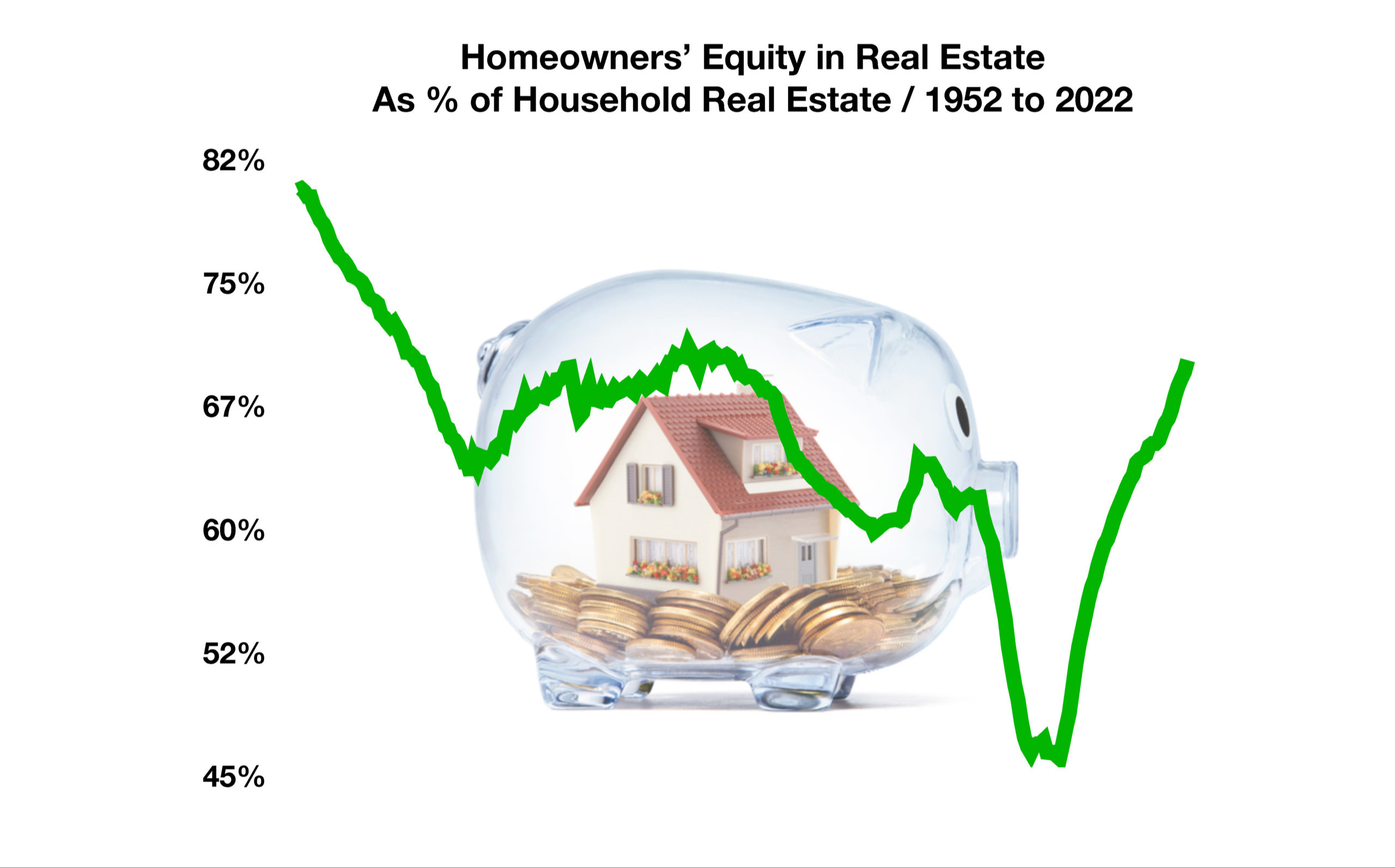 Household wealth data released by the Federal Reserve showed that U.S. household net worth climbed to over $149 trillion in the first quarter of 2022. The two biggest components of household wealth are home equity and retirement accounts.

Since homes make up a significant portion of consumer balance sheets, any devaluation can directly affect consumer confidence. If consumers realize that they have become less wealthy, then they may spend less. What essentially drives a devaluation in asset prices including homes, cars, stocks, and art is a broad slowdown in economic activity and consumer expenditures. A host of factors contribute to these dynamics.

So, for the middle-class, homes have become exponentially more important. Currently, owners’ equity in their real estate as a percentage of household real estate is around 70%, the highest it has been since 1986. For context, this percentage is also up from a low of around 46% in the 2009 housing crisis. Finally, to put it in an even more historical lens, homeowners maintained around this percentage of their real estate from the late 60s to the late 90s, where it was far higher in the 40s and 50s due to cheap housing prices and accessibility to housing due to the GI Bill, and then began to decline in the 90s.