Markets seemed undeterred by political indecisiveness in Washington surrounding healthcare reform, which could affect upcoming tax reform in the fall that is hinged on the ability of passage by Congress. Even though lawmakers are coming under escalating pressure to demonstrate legislative progress, the inability of the House to pass healthcare legislation didn’t hold equity markets back from achieving higher levels.

A political debate has begun behind mundane media noise, the debate to raise the federal debt ceiling in order to continue funding government expenses and operations. The debt ceiling, formally known as the statutory debt limit, is the country’s credit limit, which is a legislative restriction on the amount of national debt that can be issued by the Treasury.

The Fed said that it would start paring its $4.4 trillion balance sheet “relatively soon”, language interpreted by Fed watchers to mean possibly beginning in September. This continues to be a critical focal point for government bond traders gauging how markets will absorb the vast amounts of debt efficiently and without disturbing volatility. The Fed also reiterated that future rate hikes would be gradual, thus stemming the probability of erratic rate increases.

Global central bank chiefs and various market analysts believe that current low volatility may be hiding risk in the form of asset inflation engulfed within a low inflation environment. The concern is that investors and central bankers may be viewing circumstances from different perspectives. Low interest rates and international central bank asset purchases have greatly reduced volatility in the global markets.

The synchronized global increase in interest rates is elevating from unprecedented low levels, meaning that it may take some time before rates reach so-called normalized levels.

The Department of Labor reported that there were 222,000 new jobs in June, but more people were actually looking for work in June, lifting the unemployment rate to 4.4%. Workers who were either poor savers or who perhaps experienced a dramatic life crisis are finding themselves short on funds in their retirement years. Some workers who did plan accordingly, didn't plan to live as long and be as healthy as they are, thus creating revisions to retirement plans late in their careers. As health and medical science have advanced over the past few decades, so has the lifespan of American workers.

Almost 19% of people 65 and older were working at least part-time in the second quarter of 2017, the highest in 55 years. The share of older people in the workforce is higher than any point since before the creation of Medicare.

Baby boomers are increasingly ignoring the traditional retirement age of 65, with 32% of Americans age 65 to 69 still employed. The Bureau of Labor Statistics also found that a growing number of seniors are unable to retire even past 70 years of age. The most recent data shows that 19% of 70 to74-year olds were still working, up from 11% in 1994.

Inflation Not An Issue Now For Fed, But Asset Inflation Is – Monetary Policy

The low interest rate environment spanning the global markets has been fueled by the accommodative monetary policies of central banks worldwide, creating a concern among many economists. The concern is that rather than central bank policies igniting global growth, asset prices have instead been stoked by the decline in global rates.

Asset price levels including stocks, bonds, homes, art, and collector cars have all been rising steadily since broad accommodations began nearly 10 years ago. Some believe that this may have led to demographical imbalances where those having the ability to borrow at low rates have benefited as their financed asset purchases have grown more than global GDP. The question is as to whether asset prices will continue to grow even as global GDP growth languishes.

It is believed that the Fed could alter this distortion by raising rates thus limiting the cheap financing of assets across all sectors. Inflation has also been below the Fed’s 2% target for some time, with the CPI core index annualizing an increase of 1.7% as of June.

Some see risk masked by elevated asset prices that could become susceptible to an increase in rates. As the cost of financing assets rises in the form of higher rates, asset prices tend to fall.

Global bond yields rose on the expectation that central banks around the world have agreed to start removing accommodative measures. The yield on Germany’s 10-year government bund (bond) has risen from a negative yield last year to 0.58% in mid-July.

The U.S. corporate bond market continues to provide funding for the mega merger deals in the equity markets. The issuance of such corporate debt at low rates is supported by the unparalleled demand for U.S. dollar denominated debt. Even at ultra low rates, institutional buyers such as pension plans and mutual funds have an ongoing voracious appetite for fixed income assets that offer consistent income and return of principal.

As the Fed prepares to start unloading portions of its massive $4.4 trillion inventory of government bonds, traders are eager to see how well markets will absorb the extra supply and what disruptions might occur.

A weakening dollar is expected to boost corporate earnings for U.S. multi-national companies as products sold overseas become less expensive and more competitive due to a cheaper dollar.

Earnings for the banking sector reported in July came in better than expected as banks benefited from a rising rate environment. Profitability for banks tend to increase as rising rates allow them to charge higher interest rates on loans.

Industrial sector stocks saw stronger earnings in their most recent release, leading analysts to conclude that economic growth is expanding slowly throughout the U.S. Industrial companies provide the infrastructure and materials essential for physical expansion.

Data from the NYSE shows that current margin debt levels, $540 billion at May end, are nearly double of what they were at the market peak in 2000. Just as the U.S. auto industry mushroomed after WW II and during the 1950s, the same is occurring in China. It’s not just Chinese branded automobiles that are being made in China, but well known foreign brands as well. As the demand for cars has skyrocketed in China over the past two decades, foreign manufacturers recognized an expanding market and started producing their own brands within the country in order to sell directly to Chinese drivers.

Foreign manufacturers have found it more profitable and feasible to manufacture cars in China in order to meet exploding demand. German, American, and Japanese automakers now populate the manufacturing lines in China.

Chinese brands such as SAIC Motor, Dongfeng, BYD, Geely, and FAW have become household names throughout China, helping to popularize them and compete against well known foreign brands. Several joint ventures forged between foreign auto-makers and Chinese manufacturers have ramped up production as demand has increased. The history of China’s auto industry began with the involvement of the former Soviet Union in the 1950’s when the two countries collaborated on manufacturing and economic ideals. 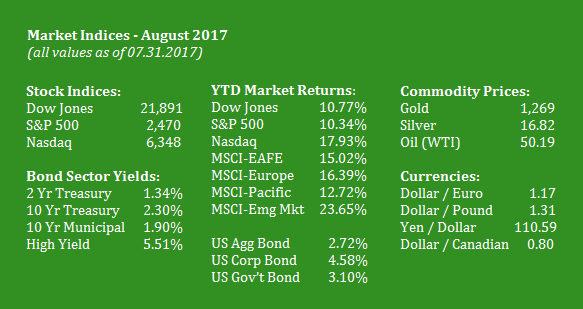